A VAMPIRE: The Masquerade Live Game 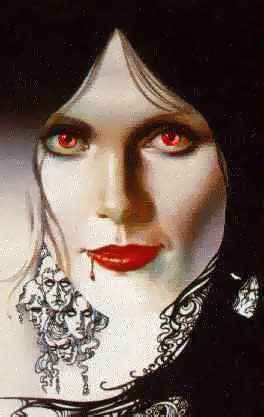 It is dark on the back streets of Amherst. The young man looks around as he hurries to the bus stop, seeking to return to his dormitory on campus. There is a strange chill in the air, and yet, looking over his shoulder, he could swear the breeze instead felt like a hot breath upon his neck...

Amherst, Massachusetts, home of two colleges and thousands of transient students. Perfect prey for the Children of Caine, the Kindred - Vampires. The Leeches dwell amidst the throngs of humanity, keeping the traditions of the Masquerade - the centuries old deception that keeps the masses of humans ignorant to the predators who live among them. In the pastoral hills of Sunderland and Belchertown, the Garou, defenders of Gaia, seek to recover from the destruction of their caern and maintain a balance of power against human (and worse) expansion.

Valley of Shadows is the latest incarnation of a Vampire: The Masquerade Live Action Run started many years ago as Amherst by Night. Players may be members of the cold-hearted, scheming Undead, or perhaps the devious and persistent human hunters who are aware of their presence. The hierarchy of the Valley, disowned by the Camarilla, the ancient political rulership of vampires, is locked in a tenuous treaty with the other power groups of the area, seeking to reclaim their rightful place amonst their dark brethren.

I used to play Kuruth Gurul-ik-Aal, a True Gargoyle, a Child of the Stone. Kuruth was a seven and a half foot tall hulk of solid living granite, born 100 years ago in the Arizona desert. He feels little compassion for the NightBreed, as he called both the Vampires and the Garou, yet he had allies among both groups, and was also the former bodyguard to Lord Vathen Noir, Vampire, diplomat, and friend of Garou.

I then played Elberen Vlad Svadistok, a Czechislovakian businessman with a twisted sense of humor, and a horrible "Count Dracula" accent. Elberen is a crazy man at best, and a Malk of epic chaos at heart, really I am. He owned the local Quik-E-Mart, and was a friend to all, even the morons when it suited him. Obvious in his insanity, his subterfuge and manipulations were widespread and unnoticed even once it was too late. Say hello to "The Count".

I started playing as what we termed, "A non-existant, invisible object". I followed around a friend of mine, and if he used his powers of illusion, I marked the place where he stood or became the image he projected and went to where it appeared. After several sessions of this I garnered a fundamental understanding of the trait system, as well as the challenge and combat systems, and joined in as a player the next semester.

If you are interested in Vampire LARPing, contact the Storyteller for Valley of Shadows to get more info. Their website is currently down for redesign, so just click on the link to send him an email.