Realms of the Mind 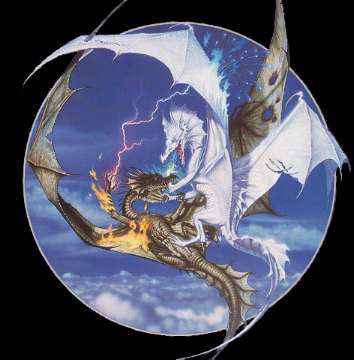 Some of you who are reading this are probably saying, "What the hell is role-playing?". The Rest of You know what it is because you do it too. For the uninformed, Role-Playing is any number of games where you take on the persona of a fictional character in a fictional world, and play out the thoughts and actions of this alternate personality within the rules and statistics set forth by the game you are playing. It is a past-time that is social, builds communication and interaction skills, math and reading skills and forces its players to utilize their imaginations at nearly every point. Oh, yeah, and did I mention that it was fun too? Well it is.

By far the oldest and best known of these RPG's (as they are called) is the Dungeons & Dragons Game, which has millions of players worldwide. It was my first role-playing experience, and remains my original favorite for both game system and campaign worlds.

A few years ago I acquired the rules for the Alternity Science-Fiction game system, and using it, I began running a science-fiction campaign, and was a blast. Unfortunately, time constraints and the limitation of the system to adequately handle space fighter class combat (as opposed to corvette and larger spaceships which it did wonderfully) brought an end to it.

Another Role-Playing Game in which I am occasionally involved is the Live-Action version of Vampire: The Masquerade. In it you take on the persona of various supernatural creatures or their human hunters and slaves in an eternal battle for survival and station.

Yet another Live-Action Game (ie, where you actually get dressed up and interact directly with people rather than doing it at a living room table with dice) in which I have been involved is ROOKS, the Role-playing Organization Of Knights and Sorcery, which I co-created and co-ran with a friend of mine for two years. Due to time and help limitations, ROOKS had to be put to sleep. Now I help out, rather than run and direct, in Miller's Reach, a new Boffer LARP system which has just begun in 1998. It's been a lot of fun so far, and if you like boff LARPs, you should check it out. Oh, and here's how to make a boff weapon and boff arrows.

Oh, and for a good laugh, click on this link to read some of the strange things roleplayers say.