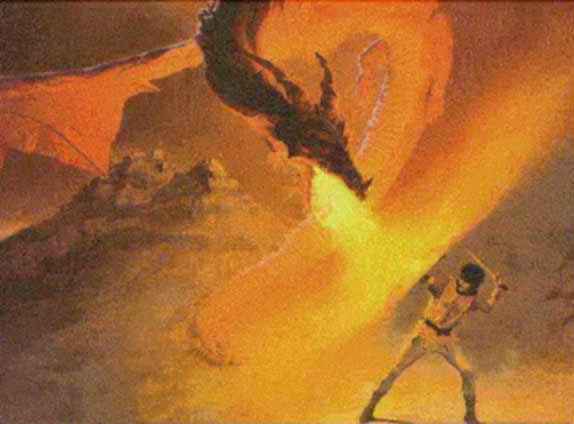 The D&D game is one of mythological fantasy. It is set upon any number of worlds where magic, not technology, is master. Where mighty dragons cruise the skies, steel clad knights charge valiantly to battle, evil necromancers raise the dead to commit hideous evil, and sorceresses cast earth-shaking spells of power.

I have been playing one version or another of this game since I was about 9 years old. I started with the original D&D game, a sort of beginners version, getting the blue Expert box first.

I was quickly enmeshed in a world where elves and orcs fought for control of the forests, where dinosaurs still lived in tropical jungles, and where imagination was the only limit. I progressed through the AD&D 2nd Edition game, and have now converted to the new D&D 3rd Edition , which I thoroughly enjoy. I currently write, draw and use the Forgotten Realms Campaign setting for my home run.

The Dungeons and Dragons game is a role-playing game - which means you create and play the persona of a fictional character within an imaginary world. While sometimes the people who play draw pictures or use miniatures to get a better feel for some aspects of the world they are in, the game is primarily played with the imagination. The referee, or Dungeon Master (DM), describes various locales, scenes and creatures, and acts out the parts of the other inhabitants of the game world, known as NPCs (Non-Player Characters), for the benefit of the players and their personas, the PCs (Player Characters). The game is not 'won' like Yahtzee or Monopoly - but rather is played to achieve goals, some placed before the players by the DM, others creathed by the players for their PCs as they interact with their game world. All in all, it's a highly imaginative, extraordinarily fun, game.

All this was originally created back in the late 1970's by a man named Gary Gygax. The company TSR, Inc. (Tactical Studies Rules) was formed and published the D&D game in its many incarnations for years to come. When TSR was acquired by another game company, Wizards of the Coast, it went through a resurgence from tired corporate culture company to one ready to invest effort and imagination back into the industry it created letting its talented staff of designers and gamers do what they did best - make games.

The following are D&D related links that may be of interest. Click on the TSR Logo to go directly to the Dungeons and Dragons homepage at Wizards of the Coast. 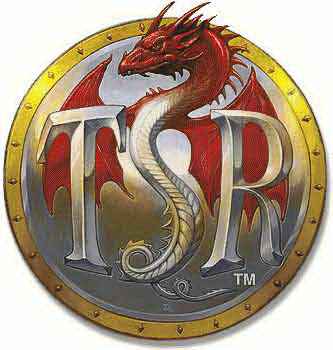